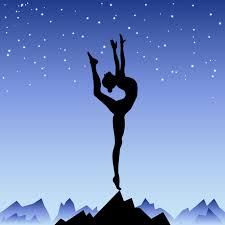 In the last post, Holacracy Part I, of this two-part series, we explored the difference between engagement, performance and reaching one’s highest potential. Specifically, how Teal Organizations and Holacracy solve the engagement crisis through self-led management.

Now it’s time to shift the focus to you. Your journey to reaching your highest potential or that of your organization depends on the questions you’re asking. But it also depends on your tool kit.

A few weeks ago, we introduced a Teal Organization Observation Tool that can help you assess and benchmark your enterprise’s structure, human resources, organizational practices, and daily life. This gives you clarity at a granular level of where change is necessary. But how do you activate and organize that change? With an operating system, of course! A system you can insert into your organization and then configure it to your needs.

Holacracy, is one such operating system. Holacracy creates systems, processes, and a culture of accountability that diminishes the gap between the mental and structural framework in which people are working in and that of their highest potential. It assembles and arranges your daily operations and functionality. And it does it all through self-led management. 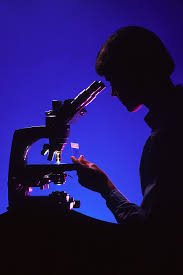 Now chances are, for better or worse, you've heard of Holacracy through a wildly successful upstart with a quirky name: Zappos.

Zappos is known as a risk-taking enterprise and has been richly rewarded for entering a questionable market, adopting tactics that deviate far from the norm, and ardently pursuing the creation of a work-life paradise.

About four years ago I received a call from the VP of Marketing from Zappos who wanted to discuss my First Fridays radio program. It turned out that Zappos also had a First Fridays program. As a former attorney you can imagine the jitters this call gave me. But instead of cease and desist order, Zappos was reaching out to me for a service!

My First Fridays radio program was focused on leadership. The Zappos version was a little different. Tony Hsieh, CEO, had told his staff that if they could prove that downtown Las Vegas was a livable, viable community he would move the company. Each first Friday of the month, the Zappos staff would host various events -- a parade, art show, festivals --- activities that demonstrated Las Vegas was a great community.

I was asked to do my First Friday radio show in Las Vegas on a Zappos First Friday – the day Hsieh announced that he was moving the Zappos headquarters. It was an exciting, exhilarating, and truly memorable experience with an extraordinary company. 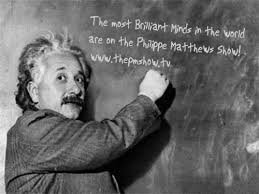 Let’s fast forward a couple years. Hsieh announced that Zappos was adopting Holacracy as its operating platform to better achieve its higher purpose of fostering the idiosyncrasies and talents of individuals.

Meanwhile, my own professional experiences led me to attending a Holacracy Certification Training. In December 2016, I packed my bags and went to the heart of the innovative tech world in Silicon Valley. I promptly discovered that I was roughly twice as old as the 42 participants, 30 of whom had already been part of a previous Holacracy training. I was the new guy on the block, outdated and outmoded ... a dinosaur.

The entire experience was uncomfortable. I had to unlearn a lifetime of what I considered effective habits and then relearn this strange new system. It was awkward. The process for following the strict constitution (a must in Holacracy) felt rigid and clunky.

Making things even more complicated was the fact that the language was exactly the same as my consultation practice but with different definitions. For example, a facilitator in the Holacracy system acts as a referee following a prewritten script to facilitate the management of "tensions" (what most people refer to as "issues").

And yet, Holacracy proved to be strangely empowering. It's liberating and quite frankly, brilliant.

All of the above creates a bias for action that is nothing short of astounding. If an action is in your domain and you fail to act, everyone knows immediately (GlassFrog again). The opposite is also true. Tensions are promptly addressed and resolved rather than festering and feeding toxic chatter. 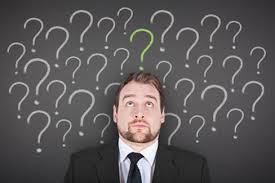 Has Zappos’ Holacracy experiment benefitted the company? That’s the million dollar question and there are no shortage of analytical and op-ed pieces on the topic. To be fair, a number of companies have implemented Holacracy with tremendous success and others have attempted but fell short of their goals.

Holacracy sets up an operating system that, when implemented, is capable of bringing an organization to Teal and beyond. Think of Holacracy as the nuts and bolts starting point.

Achieving success with Holacracy takes time. It demands a high level of commitment, trust, and creativity that, at times, feels like an exercise of barely organized chaos. But once it’s established, an organization is empowered to amend and adapt it to its own culture and environment. And that is a beautiful thing.

Curious for more on Holacracy? Bruce Peters can guide you on how Holacracy can work within your organization to further your aspirations on achieving Teal. Contact him and get your conversation started!

Bruce Peters has spent the last 15 years living his own “Third Act.” Based on his personal experience and in working as a guide for hundreds of leaders, he has designed a unique process for getting beyond where you are and into the creation of your own Third Act for you or your organization. It starts with the question of what is the difference you want to make? Learn more at www.beyondteal.com.