How To Build a Promises Based Company and Culture

Now that we are in the third week of January, it's fitting to revisit Promises Made, Promises Kept.  I did this 12 minute TEDx presentation on the topic, and wanted to share it with you now.

Three weeks into the new year, are you living up to your commitments? Are you keeping score?

How often have you heard someone say, or even a business, promise that we "do what we say we will do."  Nary once have I ever heard say, "we don't keep our commitments."  Working with business leaders lead me to the observation that far fewer promises were being kept than made. Indeed there may even be a bit of a charade going on that the promisor and promisee (sorry terminology left over from my lawyer days creeps in periodically) never had clarity in the first place about what the promise was.

Several years ago I was facilitating a management team meeting for a small company. A question came up regarding the delivery of the final version of a critical software program. The Vice President of IT was asked when the version was to be delivered. The dialogue went something like this:

“What day next week?  Wednesday 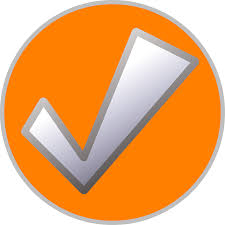 When you say delivered do you mean fully functional, operational and tested for use by all users?  Yes

Can you remind us all of the key deliverables so that we all have the same understanding? Yes, they are.....!

What are the consequences to your fellow team members and the clients of the firm of either fulfilling delivery or not as described on next Wed. 5:00?

After exploring with the team the consequences I turned to the other team members and asked.

"Is there anyone here that believes that Joe (VP IT) will deliver as promised?”

Not one single team member believed that he would.

I then asked, “Why didn't anyone say anything? Why was it up to an outsider to raise the issue? “

Turning to Joe: "You’re not going to deliver as promised next Wed. @5:00, are you? Sheepishly,No!”

“Why did you promise?  I didn't want to let CEO down" Not very logical but nevertheless the answer.

Directing my attention to the other team members, "If none of you believed that Joe was going to deliver, why didn't any of you say something?"

After telling a version of this real life story to CEO and Executive Groups, I received several answers, observations, and perhaps even a few conclusions.   But before we get to that, let's revisit the work of Jerry Harvey. Harvey was the architect of the series of articles that lead to the book "Abilene Paradox." In his immensely humorous and entertaining style, Harvey reminds us that most often "it's not what we disagree on that gets us into trouble but rather what we agree on."  To my way of thinking the management team in my story took a mini trip to Abilene that Jerry Harvey would have found worthy (hot and dusty as well.)

Put aside for the moment the root causes and Harvey's analysis of the cure to the taking of the trip, and return to the theme of this post.  The management team in my story clearly had a "culture" of not keeping promises.  If they couldn't keep promises (commitments) to each other, how likely is it they will keep them to clients/customers?

If this is true, how could that culture be changed? My simple answer was "One Promise at a Time".

Borrowing and building on the adage that what gets measured gets done, this leads to the tracking or measuring of promises made and promises kept.

Since I don't like to suggest to others that which I would not do myself, about six months ago I launched my own non-scientific experiment of keeping score of the number  of "promises made and kept".

Please think about it for a minute. If you truly tracked or kept score, what would be the consequences?   A few are perhaps, obvious:

2. Fewer promises are made

3. More clarity about the actual promise

4. We would require more clarity about promises made to us

5. We would hold other's accountable for the promise made to us

Well, the six months results are in. The good news is I've made progress in many respects. The less than good news is that I have a ways to go to keeping all promises made. The other good news is, I "score" better in my personal life’s promises than the work related promises I make.

What would happen to you, to your family, team or organization if you kept score of "promises made and promises kept?  Give it a try and let us know the results!  Remember, one promise at a time.

To learn more about building a culture of acountability, download my Facilitative Leadership Program information. 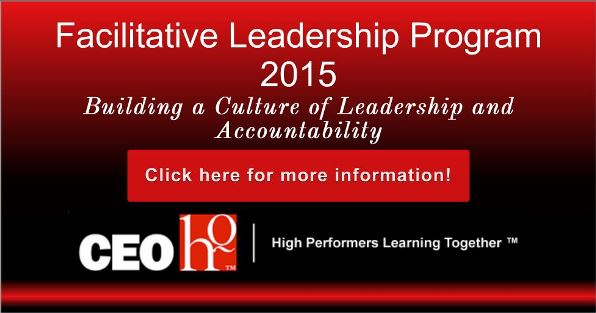