déjà vu all over again 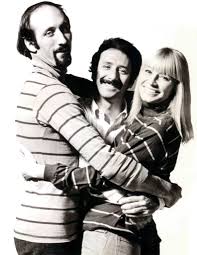 Last evening concluding another lengthy day of remote connection with clients, family and friends prior to shutting down I clicked on the news. Some mistakes you know instantly! Time, present, past and future all folded into now. The mistake revealed itself on the screen in the vision of the flames leaping from the police station in Minneapolis. I was drawn in, mesmerized, hooked to the screen until early this morning.

It has been said that “the more things change the more they stay the same.”

Now, I am unabashedly a confessed child of the sixties. Those days accelerated for me the crossing over into adulthood. It was the time of Vietnam and riots that touched cities all over this nation including my adopted community Rochester, NY. The images before current technology were burned into memory. Later, while a law student at the University of Illinois, along with fellow law students, I found myself in Chicago outside the Democratic Convention. Even as a bystander trying to distant myself… I/we all felt complicit. The car ride back to Champaign/Urbana was in silence. The silence of shock, despair and images. The images remained when words fail and touch deep recesses. All this and more, Bobby’s and Martin’s murders. Shattered dreams of Camelot.

All of that came back in a flash last evening. “When will it ever end?” was a theme song asked of us then and now again. The answer came back so many years later as apparently “never”.

You could not make this stuff up. The very same pandemic brings out the best of the many and the worst of the few. In the process it has exposed all the fault lines of our fragile society.

In 1972 reflecting on the sixties Philip Slater in Pursuit Of Loneliness, coined the phrase “toilet assumption”. The concept briefly is ,“ the belief that social unpleasantness, once flushed out of sight ceases to exist is central to American culture”. He went on, “Most times we don’t even question the social political choices of denial. It is as if our individualism is rooted in the attempt to deny the reality of of human interdependency.”

A mentor of mine reminds that “reality always wins, our role is to get in touch with it.”

This morning over the needed coffee I read this wonderful piece on leadership by David Brooks, If We Had a Real Leader. It is so well written highlighting moments of leadership in prior desperate times. Lincoln, Churchill, Reagan and, Bobby and Martin serve to reveal our better selves.

At other times Brook’s writing stories would inspire. Not today.

“Where have all the leader’s gone? A long time passing” ( The sixties again).

Are we beyond leadership? Or has it always been an inside game? “First, lead yourself!”

No answers for me… only questions despairing to find in these times my own better self.

“I’m empty and aching and I don’t know why. Counting the cars on the New Jersey Turnpike…They all came to look for America.”