“The Pursuit Of Loneliness” or Déjà Vu-Part II 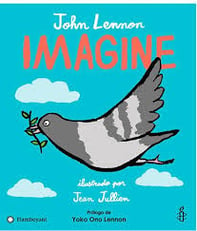 Yesterday I wrote about Minneapolis/Louisville current events as launching personal flashbacks to the sixties. Despite some effort to avoid the news, video images and continuous commentating it all drew me in. In reality paying attention for me, is like an addiction.

First, as reminded by friends, colleagues, and family there have been some positive changes these past almost sixty years. Even many of the expert commentators acknowledge.

That said what is revealed from my, albeit limited perspective, is despite the progress there is absolutely nothing being said right now about the current circumstance that wasn’t said back then. Whether on the streets, in the seat(s) of power or the media the dialogue is precisely the same. There is nothing new here!

If nothing new is being said what are chances of something consequential being done?

OMG it has taken us 60 years to get to here?

In some perverse way it is liberating to realize there is nothing new here. Just writing this allowed me to turn off the devices spewing information albeit briefly.

What is one to do?

Yesterday, I was reminded and wrote briefly about Philip Slater’s “Pursuit Of Loneliness”. I referenced it generally and, also, specifically in mentioning the “toilet assumption”. I had written some time back about Slater and the book. The title of my prior piece is A Lonely Story and Its Riddle.

It seems relevant today to revisit the “Toilet Assumption”. “The idea is about the notion that unwanted matter, unwanted difficulties, unwanted complexities, and obstacles will disappear if they’re removed from our immediate field of vision”

“Our approach to social problems is to decrease their visibility: out of sight, out of mind. This is the real foundation of racial segregation, especially its most extreme case. the Indian reservation. The result of our social efforts has been to remove the underlying problems of of our society farther and farther from daily experience ….. consciousness…… hence to decrease, in the mass of the population. the knowledge, skill and motivation necessary to deal with them”

“When these discarded problems rise to the surface again — a riot, a protest, an expose…… we react as if the sewer had backed up”….. “We are shocked, disgusted, and angered and immediately call for the emergency plumber ( the special commission, the crash program) to insure that the problem is once again removed from consciousness”

When will it ever end?

A mentor said that “hope is not a method or a strategy”. That may be but hope does seem necessary, if not sufficient.

It has been said sometimes attributed to Lincoln that if you want to predict the future create it. With hope and action in mind what is that future we’ll create.

It’s easy if you try.

No hell below us.

Above us, only sky.

Imagine all the people living for today.

It isn’t hard to do.

Nothing to kill or die for, and no religion too.

Imagine all the people living life in peace.

You may say I’m a dreamer, but I’m not the only one.

I hope that someday you’ll join us.

And the world will be as one.

I wonder if you can.

No need for greed or hunger.

A brotherhood of man. ( and sisterhood sorry John)

Imagine all the people sharing all the world.

You may say I’m a dreamer, but I’m not the only one.

I hope that someday you’ll join us, and the world will live as one”

Can we create it?

Or are all the toilet’s flushing once again?