Holidays and what it means to be human 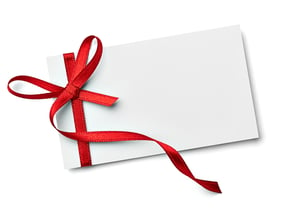 For as long as I can remember, as I enter into the holiday season and coming new year, I’ve found myself wrestling with my own mixed emotional responses. The seeds of this ambivalence were planted long ago in my earliest memories. While others have visions of sugarplums and gift giving, imprinted on me is the scene of my father dressed in a Santa Claus outfit beating my mother mercilessly while he was in a drunken stupor…virtually under the Xmas tree. That scene played out far too often. It was as if the pressure and expectation of the holidays brought out the very worst rather than the best.

Somewhere along the way, I made a choice to transcend all that in my own life. This evolved into a sort of life operating principle to turn lemons into lemonade: whatever life throws at you, be the best you can be, deal with it, never become the victim. The psychology of all that might be fascinating if it weren’t all so personal.

So, my version of lemonade for the holidays has been a sort of mini personal crusade to create meaning beyond the superficial and commercial.  For me, the holiday routine has become  stepping  back to  make it a time of reflection and connection. This involves things like a silence retreat and as deep a family and friend connection as I can muster.

In my work, I try to share or create something that might bring or share some meaning with others. By way of example, a few years back I brought together a group of extraordinary presenters on the topic, What Happens When You Get What You Want? The mission was to provide an opportunity during the holiday season to provoke thinking and consciousness about our lives, especially how we intersect with others.

This year, once again, I asked myself what, if anything, can I do or give this year? Yesterday, the answer arrived as a gift in my email  inbox. It arrived in two parts and answered the question, “What does it mean to be human?”

The first part of the gift is a Ted Video called “How to be Human in the Digital Future” by Douglas Rushkoff. In his talk, Rushkoff said, “The big tech giants are using humans to earn enough money to insulate themselves from the world they are creating.” He said, “We need to stop seeing people as adversaries and see adversaries as people.” What hit me the most was at the end where he said, “We need to create a world we don’t feel the need to escape from.”

The second is an article in the Washington Post by Allison Langer.  I stumbled onto her work in a prior WP article where she described teaching memoir writing to prisoners. I thought, “How cool is that?” It was cool. I contacted her and our lives intersected. She has become my writing coach/mentor.

This latest article I share not only because Allison’s story is compelling on many levels, but also to remind  that each of us, every single person, can touch another with our story. Everyone has a story that’s worthy of being told and listened to.  Her article dovetails nicely with mine,  You’re the Author; What Role Will You Play in the Story of Your Life?. Like any story, life has a theme! What is the theme of yours? What role will you play?

My wish for all, not only during the holidays, is that your story gets told and that we all care enough to listen to each others.