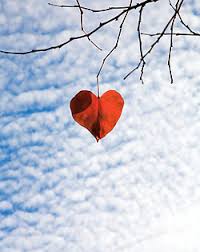 Do you on occasion have a kind on ah! hah! or blinding flash of the obvious experience? I had one of these a few weeks past that seemed relevant I should say I am compelled to share. My story or at least my truth of it.

In early August I was getting ready for my family’s annual gathering at www.chq.org. In advance and in preparation, I settled on doing a three day silence retreat. I could talk about the retreat but that’s not the part of the story I want to share at least now. In a nutshell, the retreat was alone in a cabin in the woods. (Thoreau would’ve been supportive). In three days I heard three spoken words from others, that is, in addition to the conversation with myself.

What I want to share is what happened when I returned, specifically the first night. I just could not sleep. In the wee hours and beyond my eyes and mind would not close down or venture into sleep. Now, I know that’s not terribly remarkable in and of itself. You know how you’re awake in the middle of the night with a busy day ahead and you just agonize over your inability to sleep since you understand how much you need rest for the coming day’s events? We’ll that’s not what I’m talking about.

My being awake in the middle of the night was the most “peaceful, centered, pleasant or awake version of being awake" I’ve ever experience. I just lay there eyes wide open just connected.

What was going on? Later that day as things just flowed for me the ah! hah! occurred. I didn’t need to sleep…. the “space” created in three day’s of silence had unlocked or redirected “energy” that my normal activities and noise of daily life occupy. That’s my blinding flash of the obvious “space unleashes energy”!

Tom Friedman reminds of this elemental truth in his recent book “Thank You for Being Late”. He counsels as to the benefits of periodically pushing the pause button.

Rilke calls this the “space between the notes” as “all great music has intervals of silence.

Do you pause? Do you truly pause between the notes? What might that be like for you?

I will be on pause for now!

Join us for our next Facilitative Leadership Program (FLP) beginning September 27, 2017.