The Responsibility of Followership 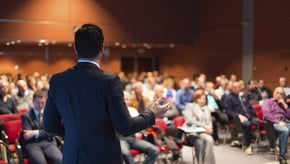 Common conventional wisdom says that there are leaders and there are followers. Or that leadership is a person, a high-ranking title, or comes from being in front of a room. Before you start nodding your head in agreement, here are two perspectives on the idea of followership to take into consideration. 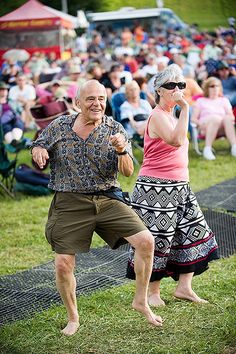 How many times have you wanted to get swept into a moment, but hesitated because you would be the only one or your actions would be on the fringe of what is traditionally acceptable?

In 2010, a video phenomenon made the social media rounds. It showed a shirtless man, gleefully dancing with abandon to some live music. He’s on a grassy slope surrounded by other concert-goers who largely ignore his eccentricities. Let’s face it. He looks a little quirky. Then it happens. Another person, with more conventional attire, joins his dancing antics. Then another. And another. Soon there is dancing movement, people rushing to join the crowd along with others who appear to not want to be left out of what has become the in-crowd. The momentum and energy started by the lone dancing man sweeps across the entire audience.

All this happens in 190 seconds. 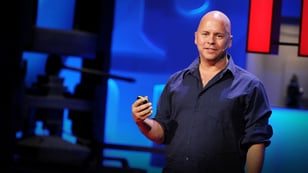 Derek Sivers, a professional musician and entrepreneur who founded the immensely successful CD Baby and MuckWork, used this video in a Ted Talk entitled, How to Start a Movement. He also posted the three minute segment on YouTube; The First Follower: Leadership Lessons from the Dancing Guy.

Incidentally, if you’re curious about Siver’s credentials, he sold his company in CD Baby in 2008. At one point CD Baby was the largest seller of independent music with over 150,000 musician clients and $100M in sales. Needless to say, Sivers knows about the dynamics of leaders, followers, and creating a movement.

A good leader should embrace the first follower as an equal but (and this is important) it’s the first follower who shows everyone how to follow. When a third person joins, you have a crowd. As more join, as Sivers points out, the new followers emulate the followers, not the leader. Check out the video. Is everyone ripping off their shirt and grooving like the movement’s leader? Not at all. They are following the lead of the first follower.

#2 Your Fingerprints Are on the Knife

How come every time I get stabbed in the back my fingerprints are on the knife? This is both a question and a title of a collection of essays by Dr Jerry B. Harvey, who was a Professor Emeritus of Management Science at George Washington University.

The title comes from a paradox that is more common than we’d like to believe. There is a dynamic that occurs when groups make decisions that are contrary to their beliefs or goals. Perhaps the followers, even a majority of them, have reservations but yet they continue to support the group’s momentum. This is a situation where we abdicate responsibility for the decisions we make to the leader. Peer pressure, anyone?

In the business world, we get the organizations we deserve as a result of the choices we make. If you don’t like the leader, why are you following? How does your followership support what you have identified as important to you? 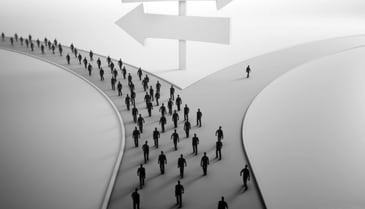 Who you follow is your choice. That choice is a responsibility. Conversely, your decision to follow an individual is an act of leadership itself. See how this works? In our society, the term “follower” has a negative connotation. Great leaders are born from great followers … these are the people who demand excellence from their leaders, their followers, and of themselves.

Let’s bring this down to a personal level. In what capacity are you an exemplary follower? Who do you lead in your choices in who you follow? Do you follow with purpose? What can you do to be a better follower? Or empower yourself to become the first follower?

Giving thought and accountability to your actions as a follower is a responsibility given to each and every one of us. We are all leaders. And we are all followers. Choose wisely.

Next up: The Failure of Followership

Bruce Peters has spent the last 15 years living his own “Third Act.” Based on his personal experience and in working as a guide for hundreds of leaders, he has designed a unique process for getting beyond where you are and into the creation of your own Third Act for you or your organization. It starts with the question of what is the difference you want to make?  Learn more at www.beyondteal.com.