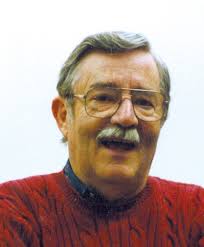 One year and nearly two months ago on August 1, 2015, one of the great thinkers and communicators in organizational leadership passed away. Jerry Harvey was a Professor Emeritus of Management at the George Washington University. He had served as a consultant to multiple industrial, governmental, religious, military, educational, and charitable organizations and authored approximately 50 professional articles and two books.

The most meaningful way to pay tribute to Harvey’s intellectual prowess, witty sense-of-humor, and inimitable perspective is to spend a few moments of quiet thought on his legendary contributions. Harvey was an extraordinary thinker and thought provoker. He had a sense of turning a dogmatic phrase or idea on its head.

Harvey shared his wisdom through his master storytelling. Anyone who has attended the Facilitative Leadership Program has listened to Jerry Harvey’s recording of the Trip to Abilene. Once you hear Harvey’s dynamic narration you never forget it.

The Anaclitic Depression Bluesand the Abilene Paradoxremain foundational to understanding organizational function and dysfunction. Indeed, his work is about the human condition or search to make sense of the meaning of things.*

I was introduced to Harvey’s work through a colleague in the early 2000s at The Executive Committee (TEC) Worldwide. Harvey had reached iconic status on the TEC speaker circuit. At a time when I was leaving the TEC organization I decided to connect with Jerry. This decision (as decisions tend to do) required effort.

I arranged, unknown to Harvey, to attend a half dozen or so of his TEC-CEO presentations. After the third presentation Harvey approached me and in his classic West Texas drawl asked, “Don’t I know you from somewhere?” This encounter led to a four hour conversation with Jerry in the parking lot! This led to a series of encounters, which generated a series of discussions that developed into a relationship that I will always treasure.

In reading his obituaries (and there were many) I was struck at how little they reveal about the full scope of who was Harvey. He was a giant of a person – both in his intellect and authenticity. That gap still needs to be filled. Instead of diving deep into the philosophical realm, Harvey will do the talking. The following gems (in italics) showcase his quick, articulate wit and gift for distilling complex relationship dynamics into a few short words.

Harvey challenged many accepted worldviews on common topics by casting them through a new filter to create a fresh and provocative concept. You could say he rocked the boat or was a master at common sense. Decide for yourself. Here are some curated pearls:

Teaching. Or rather, non teaching.

At first glance, Harvey’s deceptive phrase implies non-activity. In reality it’s the most important activity. Harvey drops the responsibility for learning squarely on shoulders the student. To students of Harvey’s classes: If you don’t learn what you need to know, it’s your own fault.” How is this true? It is up to the students, not the teacher, to define their success and learning achievements.

Harvey describes executive leadership meetings as “prayer meetings” because most CEOs “don’t have a prayer.” He backs this up with a true anecdote of a church board meeting a Baptist church in McClean, Virginia. At the end of the meeting, a widow (Mrs. Smith) mentions that she almost did not attend that evening but was thankful that she did because she enjoyed working with the board members in the furtherance of the work of the church. At which point the minister said, let’s join hands and say the concluding prayer.

Harvey’s wry comment was that the minister interrupted the real prayer with rote concluding one. In Harvey’s mind, people dealing with real issues in connection with one another while grounded in a common purpose was the real prayer.

The low performing 10 percent are critical for a team to be high performing. At least this is what Harvey taught, albeit, slightly tongue-in-cheek. But not really. The low performing group serves two purposes: to be an example for others and as an obvious outlet for altruism, which Harvey believed is a requirement for human survival (on par with the idea of connecting).

Harvey cites the example of basketball teams where the performance of the team goes down if any of the benchwarmers leave the team. If this happens, both the team and the newly disconnected benchwarmer go through anaclitic depression. The depression only ends when they become reconnected in a new and different way grounded in real and valued work.

For those of us left behind when a treasured individual leaves the world of the living, comfort comes in many ways. Harvey was a profound influence. His work is part of the deep rooted foundation of Beyond Teal. Harvey challenged commonly accepted beliefs and organizational structure and relationships within its walls with an incisive and contrarian mind. He asked questions. He explored his answers. He had a way of turning a phrase that led to deeper answers. And he did it all with a dose of humor and warmth that celebrated the human spirit.

Many of the foundational elements of Harvey’s work – managing meaning, finding sense of purpose, and maximizing relationships around a shared intention, connection and real work are the core components of what happens here at Beyond Teal.

If you’re filled with questions…good. Come join the conversation. Nothing would make Harvey happier.

*Anaclitic depression originated in 1946 by psychiatrist Rene Spitz, in reference to children who became depressed after being separated from their mothers. Management scholars identified similar symptoms in adults who become separated from ideas or relationships that are very important to them (e.g. the termination of a project, or one’s retirement).

Curious for more on Holacracy? Bruce Peters can guide you on how Holacracy can work within your organization to further your aspirations on achieving Teal. Contact him and get your conversation started!

Bruce Peters has spent the last 15 years living his own “Third Act.” Based on his personal experience and in working as a guide for hundreds of leaders, he has designed a unique process for getting beyond where you are and into the creation of your own Third Act for you or your organization. It starts with the question of what is the difference you want to make? Learn more at www.beyondteal.com.